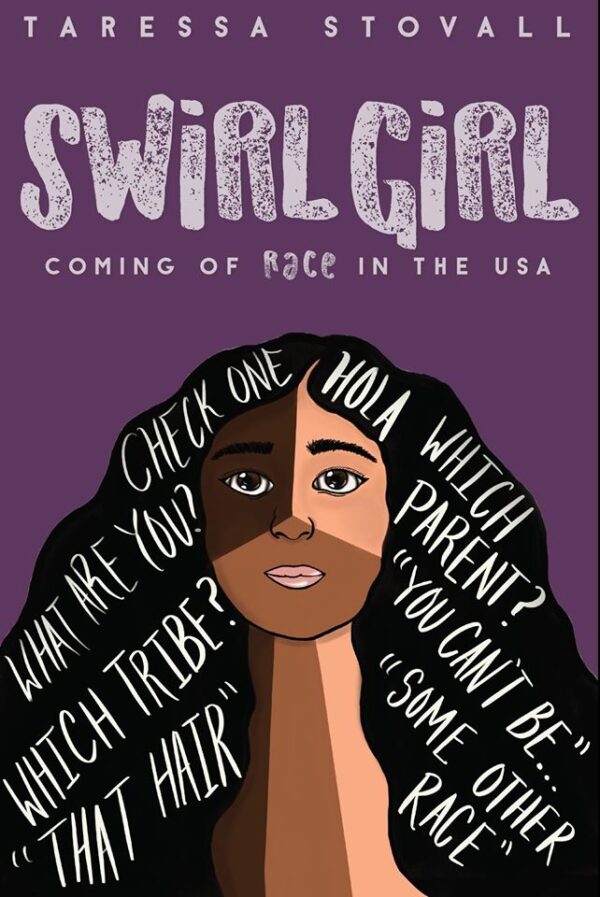 Swirl Girl: Coming of Race in the USA by TaRessa Stovall 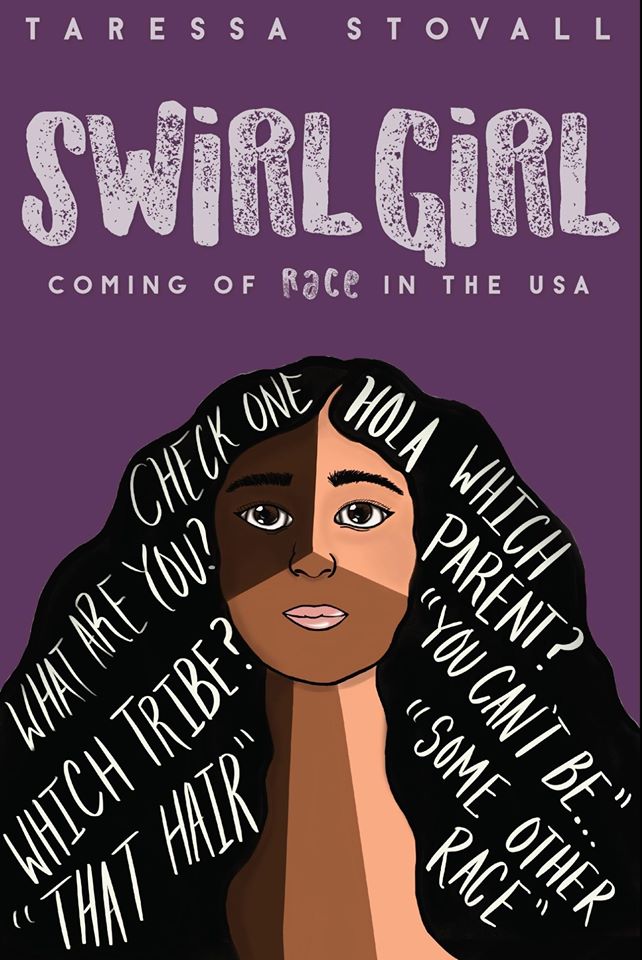 Swirl Girl: Coming of Race in the USA by TaRessa Stovall

SWIRL GIRL: Coming of Race in the USA reveals how a hard-headed Mixed-race “Black Power Flower Child” battles society—and sometimes her closest loved ones—to forge her identity on her own terms.

As the USA undergoes its own racial growing pains, from the 1968 riots after Dr. Martin Luther King Jr.’s assassination, to the historic 2008 election of the nation’s first Biracially Black president, TaRessa Stovall challenges popular stereotypes and fights nonstop pressures to contort, disguise, or deny her uncomfortable truths.

Early Praise for Swirl Girl: Coming of Race in the USA by TaRessa Stovall

Zjien Relician says:
TaRessa Stovall, thank you for baring your soul, telling your story…and concentrically, the story of so many others…of us.  You grabbed our hands and hearts, and with unwavering and unabashed conviction, traversed the turbulent and often unrelenting waters of racial identity, racism, discrimination, self actualization, externalized self loath of others, forgiveness, and transparent self reflection.  It was an emotional roller coaster; but it was so worth it! EVERYONE: If you have not read this book as of yet, I strongly suggest you click the link, and get you some. You will not regret it!

Janice Liddell says:
TaRessa Stovall’s SWIRL GIRL: Coming of Race in the USA is a juicy must-read memoir that hits all the touch points of growing up as a mixed-race person in America, especially a mixed-race woman. This work should actually be required reading for interracial parents or prospective parents. It is both a preparatory and cautionary tale that seeks to navigate the potential difficulties and obstacles that unsuspecting parents can’t even envision for the future of their biracial offspring.

While Stovall recognizes that no story will be identical to hers, she nevertheless offers an unbridled examination and expose’ of complexities related to racial and cultural identities; hence, the work can serve as an understanding companion to biracial youth seeking to find their way through the maze of prejudice, biases, confusion and/or plain misunderstanding. But the memoir is also relevant for us “single-race” folks who likely never had a clue what it was REALLY like to be a ”mulatto”, a “half-breed”, a “mongrel”, a “mutt” in such a hyper-bigoted environment as the US of A. Whether we are on the white or the black side of the racial divide, we leave the book with a more sympathetic understanding of what it’s like to straddle that racial fence in a society that is almost as racially polarized in the 21st century as it was in the 19th.

Stovall’s language is lyrical and tight with crisp images of people, places and things that have affected her own development as a politically conscious AND Afrocentric biracial woman. While being laser-specific to the realities of the mixed-race population, Stovall’s messages throughout the book are also applicable to all of us who are forging stronger identity politics in our respective communities, be they racial, ageist, cultural, gender or whatever. This is likely a personal confrontation with these issues that is long over-due.

Howard Weisberg says:
Where do I begin!? I started to do my normal speed-read, but stopped after page 101 an hour later. I had to go back and read every word. Page 101 spoke to me as a white person. It should speak to everyone, no matter their color. Now, after reading the whole 202 pages, one word at a time, I have so much praise for this book and its author, that I cannot write it all here. It would take another book to comment on it all!! So, whether it’s Auntie Ozzie (Rosalyn), Kelly (Dad), Auntie Shirley, Big Ernie, Ms. Gonzalez, Greg, et.al., I was mesmerized! I lived in and out of that world. Of course, I’m TaRessa’s white cousin, but that doesn’t mean I only felt emotions because we’re related. I could not miss the message to all of humanity, and the help this book could bring to people of all skin tones! To summarize, TaRessa nailed it!

S.M. Delacroix says:
One of the things that I really enjoyed about this book was the fact that Ms. Stovall wove information about the census into almost every chapter. But I am getting ahead of myself. First of all, I have to stop calling the book Swirl Girl. The proper name of the book is Swirl Girl: Coming of Race in the USA. This is important because the book is about more than people being “down with the swirl” or being of mixed parentage/heritage.

Ms. Stovall expertly discusses the social, political and sometime economic ramifications of being Black and Jewish (or “Blewish”) as a child, a teenager, and as an adult. She talks about what happens to her as she attempts (and ultimately succeeds) to define herself, for herself.

The information about the U.S. Census intrigued me because I am fascinated by how people’s identity (both outwardly defined and self-described) are altered by societal events. I anticipated seeing how the census changed over time and how those changes connected to the author’s experiences.

I was impressed by the honestly and bluntness of her writing. I appreciated the fact that she called the U.S. and all of us folks (Black, white, Latinx and otherwise) on our MESS tied to being members of the identity police.

The short of it is that I love the book and I will use it in my sociology courses when possible. I will recommend it everyone, but especially to people who have children and grandchildren who are mixed, because whether Ms. Stovall knows it or not, she offers a blueprint for us “outsiders” into the world of the Swirl Girl (and boy) who are Coming of Race in the USA.

Purchase Swirl Girl: Coming of Race in the USA by TaRessa Stovall published by Alchemy Media Publishing Company, is available now at www.taressastovall.com, and on Amazon.

I Did It to Myself: True Confessions of an Overachiever by Edgar L. Vann