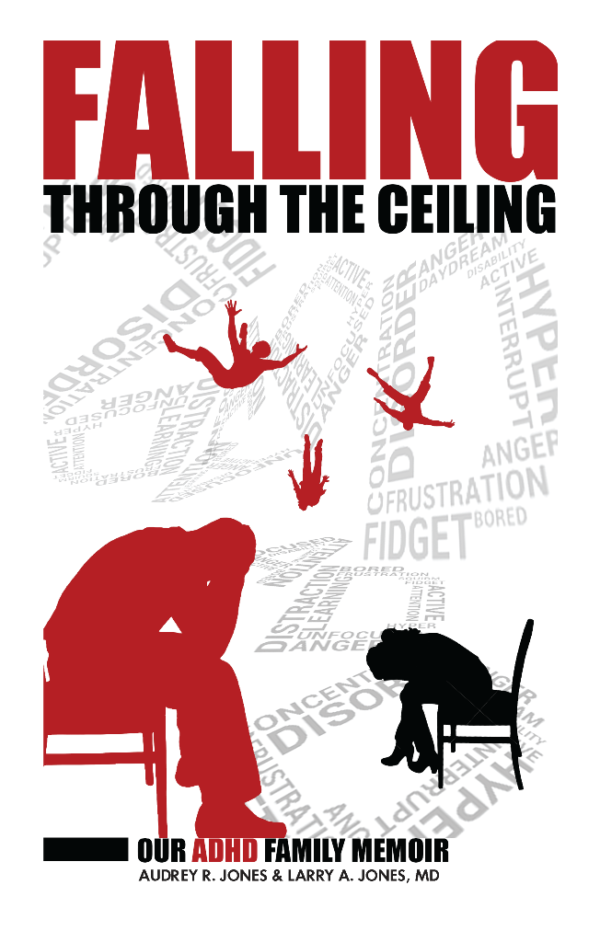 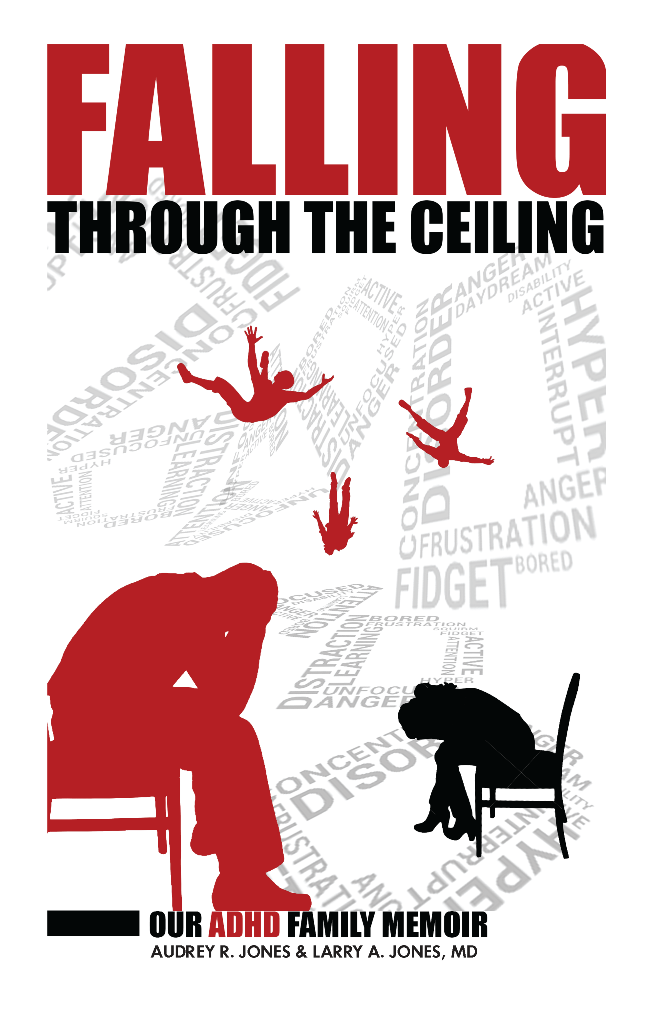 Falling Through the Ceiling: Our ADHD Family Memoir, is a poignant book about the challenges encountered by both parents and children as they cope with attention deficit/hyperactivity disorder (ADHD).  The authors, Audrey and Larry Jones, provide a sensitive, knowledgeable, and often humorous account of the obstacles inherent in raising children with ADHD.  They describe their personal journey, from dating to marriage to parenthood and grandparenthood.

Although they put their experience in the context of every family’s aspirations, they also highlight the unique experiences of Black American families who are navigating the complex process of coming to terms with ADHD.

The authors take the reader through the early childhood years, when ADHD can result in academic frustrations and often dramatic childhood pranks. They then move on through adolescence and young adulthood, when, for youth with ADHD, the launch into independence can be fraught with more than the average obstacles.

As the authors tell their family’s story, each of them stops along the way to reflect on the personal impact of the children’s challenges and to share their perspective’s on how they might have handled things differently.  This book will be an inspiration for the thousands of families who are confronted with ADHD.

Married over 46 years, Audrey and Larry Jones, MD are parents, grandparents, and fun-loving mates who enjoy each other’s company, civic, volunteer and cultural activities and frequent traveling. They had a whirlwind spring romance in 1970 as college students, married in late summer of 1972, and in four years had three sons, one right after the other.

As expensive, dangerous behaviors continued to be repeated, they sought help from teachers and therapists regarding their children. During his adolescence, each child was diagnosed with ADHD, just as hyperactive disorder was becoming a recognized clinical condition. For at least 20 years of his career as a pediatrician Larry did not link his children’s symptoms and signs of ADHD to himself.

In 2008, Audrey was stricken with an illness, which took its toll on her health and led to a permanent disability. Her gift of recovery included an opportunity for Larry and Audrey to seriously reflect on their sons’ actions, starts and misfires as young adults pursuing college educations and meaningful employment as they all lived with the challenges of ADHD. Rather than just writing about the road to recovery, Audrey and Larry chose to tell their whole story, with the intent of helping other families acknowledge and address behaviors that can adversely affect couples and families.

How Women of Color Master the Art of Persuasion to Win Big Battles by Dr. Raye Mitchell

Four Seasons of Love by Patricia A. Saunders