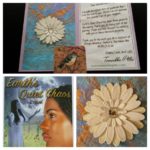 Established in 2015, after five years of creating thank you note cards, invitations, menu cards and more for friends, family and myself.  In 2014, I began creating cards for referred clients.  Everyone I’ve designed for always commented how I should make this my business.  In March of 2015, that’s exactly what I did.

I enjoy scrapbooking and making all sorts of cards.  What makes TOMEE CARD DESIGN so special is that each card is unique.  Love and attention to detail is put into each card.

TOMEE cards become keepsakes and pieces of art to the receiver.  Each card is hand crafted and assembled piece by piece.  Your guests will be talking about their TOMEE card months and years after they’ve received it.

The name of my company is a tribute to my father. 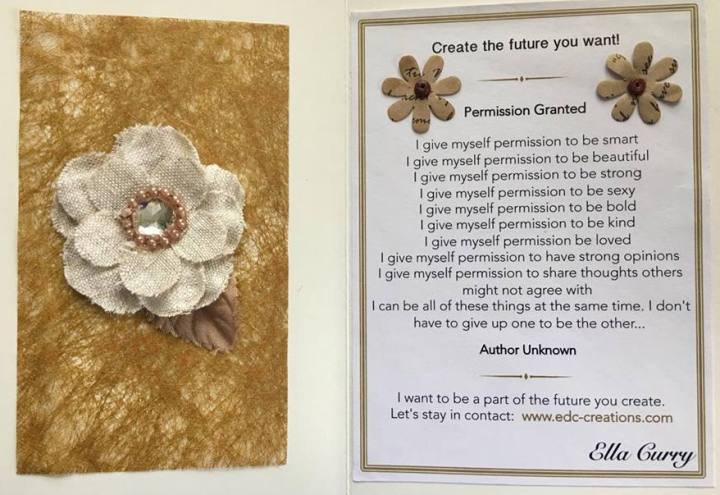 Tomeekha is a successful business professional within the corporate world of medical healthcare.  She is a zealot for multi-media art and community advocacy for artists. She has curated and represented emerging visual artists, produced theatre productions, and spearheads HUEMANITEE, Inc., a non-profit that focuses on visual, performing, and literary art education and its ability to heal the mind, body and soul.

Tomeekha is the co-owner of Black Cotton, LLC where she is Publisher of literary projects for the Black Cotton Publishing division. Her expertise in business and the arts allows her to enjoy consulting for startup businesses and creative projects.

Her robust creative background has made her an astute observer and writer. Her debut novel, Earth’s Quiet Chaos, is a fictional narrative inspired by life experiences. She is spirit-led to share stories that will uplift, empower, educate and inspire individuals to live in the highest version of self.

Tomeekha resides in Los Angeles, California, where she enjoys writing, painting, making happy birthday video’s, singing and dancing in the company of family and friends. She has recently begun the study of songwriting and the art of vocal instrumentation.

“We heal ourselves and others by sharing our stories. We are both the educator and the student of everyday life experiences. I simply want to be used as a vessel to inspire and heal as many as I can in this life that is gifted to me.”

Born in Denver, Colorado and raised in Northern California, Dennie graduated from California State University, before starting a career with a Federal Agency.

Kente Productions is an Independent Film Company that develops scripts, handles casting, filming and provides a platform for actors, and film crews to display their talent.  Janice L. Dennie, formed Kente Productions in 2016 to bring her novels to life. Together with Producer, Donyale McCollins, they began planning season one of The Underwoods of Napa Valley, based on Dennie’s bestselling novel, Kenton’s Vintage Affair.

Kente Productions plans to release The Underwoods of Napa Valley in the theatrical market, or as a film produced for television, cable, Internet web-series, Digital HD markets, Blue Ray, DVD, “Made for Pay” motion picture.  The Underwood’s of Napa Valley movie:  www.TheUnderwoodsofNapaValley.com

The Underwood’s of Napa Valley is a feature-length film about an African American wine-producing family of four brothers and their grandmother who deal with internal conflicts, complicated love relationships, and obstacles in the competitive wine industry–a story that has rarely, if ever, been reflected on film or television.

The  Underwoods of Napa Valley History

Henrietta and Frank Underwood worked as sharecroppers in Waco, Texas before moving to Napa, California during the Great Migration. They made a modest living growing corn and then in the eighties, switched to growing Cabernet grapes. After opening Underwood Hills Winery, they became independently wealthy. Although Frank has since passed away, Henrietta has turned over the running of the winery to her eldest grandson, Kenton Underwood.  Henrietta’s focus these days, is on marrying off all four of her adult grandchildren to loving spouses, beginning with Kenton. She’s dubbed each one with a character trait.