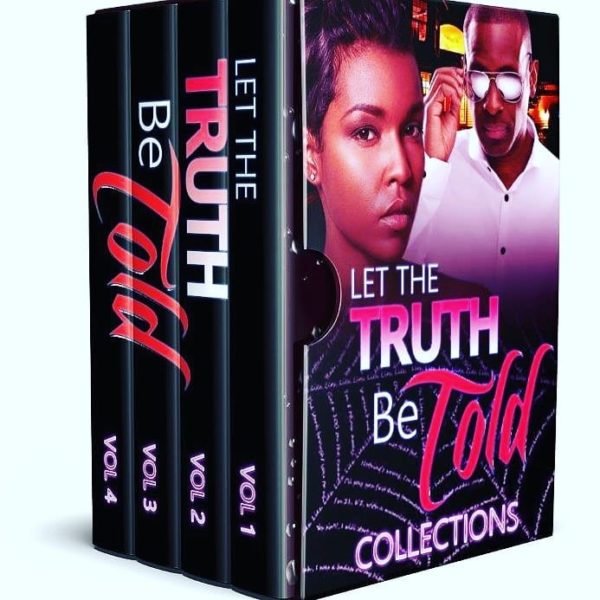 From Book 1: Claudia Ellison is straight out of Baltimore; she’s just graduated from college and ready to bring major changes to her social and financial situation however there are some missing pieces. Claudia wants a husband, a baby and a successful career but living in Baltimore, Maryland men are not plentiful and the one man her heart longs for is in the federal penitentiary and the men she’s been dating are not up to part.

Claudia befriends the new First lady of her church and leans on her for advice and guidance when her world starts spinning out of control but it seems the First Lady of the church wants to put her own spin on Claudia Ellison.

Vol 2, This is a thrilling novel about an upstanding family enthralled with lies. Claudia just said I do to pastor Terrence Madden and saying Good-bye to her worldly way of living.

Transitioning into the First Lady has it’s challenges especially now that Claudia has a baby and a career. The Ellison family faces one obstacle after another and they are holding together by a thread. It’s going to take everyone in the family to pull together if they expect to survive.

We left off in Vol 2 with a new addition to the Ellison family, Constance Ellison. Hold on tight because she did not come in peace she came to take down her half-siblings with the help of a surprising source. Constance refuses to let go of the idea that her father left a will and his illegitimate child was left out of it. Constance came to get what is hers and take more in the process. Constance will touch each one of her half-siblings, one by one in an attempt to ruin them all.

Constance is ready to strike and the time is now. She has set everything into motion and Michael’s incarceration is just a mild technicality for her. Constance has new plans with a new love and her new lover will surely to shake the foundation in which the Ellison are standing on.

The near-death experience Phyllis had made Terrence revisit his former occupation but only this time he’s working it from another angle. Lisa is done with trying to hide her sexuality and after a few sequences of events, she steps out of the closet completely and into an unexpected love affair that has her in a whirlwind. New unlikely alliances will be formed and some truths will be told however, lies will lead to a loss of life.

Her Deadly Secrets by Laura Griffin